Gateway Field Hockey offers top quality programs for athletes of all ability levels ages 3-18 years old.  Our winter programs are the perfect opportunity for high school athletes to train and play with their school teammates in a fast paced and fun environment. Last winter, over 150 athletes from local schools participated in Gateway Winter Prep Club and League, don't delay spots fill up quickly!

We offer three flexible options (outlined below) each season for families of all commitment levels.  Our year round Elite Club players do not need to register for individual seasons as their year round membership includes all seasons of play.  We invite you to join us this season for a fun filled field hockey experience!

All winter programs are held at STL Athletic Center.  STLAC is the best indoor location in St. Louis as it includes two large turf fields, great viewing for spectators, full concessions and is conveniently located at the interchange of 270 and 44, minutes from Kirkwood/Sunset Hills.

Winter Prep Club is open to all athletes wanting to step up their game through weekly practices and league games on the weekends during the winter season. Anyone who would like to join Elite Club for the 2023/24 year, should register for Winter Prep Club as a stepping stone.

Winter League is open to all players and is a great opportunity to play with school friends to prepare for the next season.  Within each age division, we typically have multiple divisions based on experience level.  Grab your friends and join Gateway league!

Note: League only does not include practices, if you would like practices and games, it is suggested to register for Winter Prep Club.

Elite Club is our highest program at Gateway Field Hockey open to our most committed players!  In 2021 Gateway was named by USA Field Hockey, the National Club of the Year. Elite Club is a year round program with practices and games throughout the spring, fall, and winter and includes summer camp for all members.  Elite Club teams also play in local, regional, and national level tournament (depending on availability).  The traditional enrollment time for Elite Club is in February for the start of the new season, so please register for the winter club season until the Elite season registration opens in February. 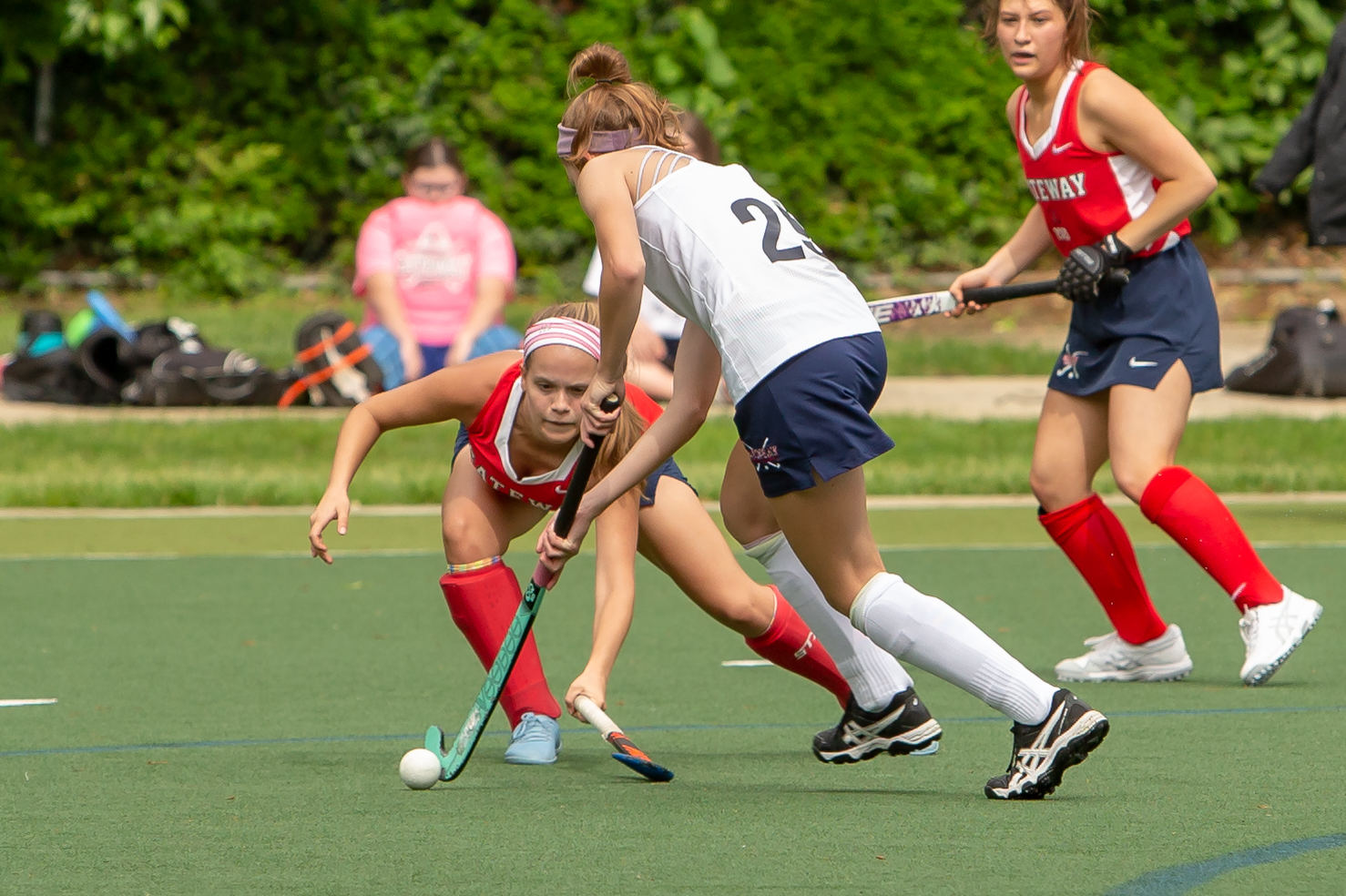