Year Round Elite Club is our highest level of club and includes practices, games and summer camp for the entire year.  The "year" season runs from Spring of 2021 through winter of 2022.  National level tournaments, like Disney, Festival, RCC/NCC, are open exclusively to our Elite Club athletes.

For more information and to register for Elite Year Round Club please click below... 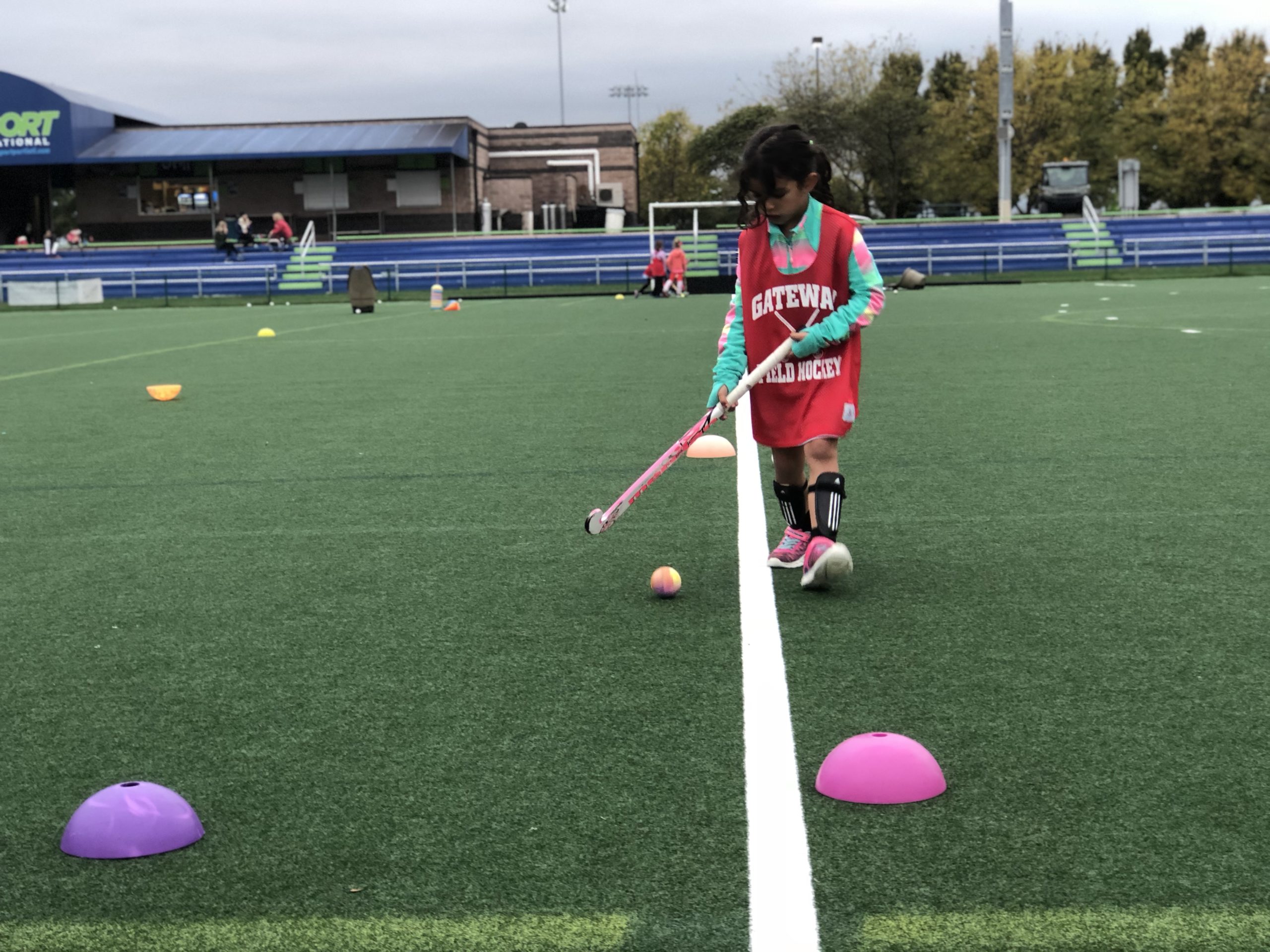 Includes: One hour of league games which includes approximately 20 minutes of warmup/skill instruction followed by 40 minutes of game play and league uniform shirt.

Times: Sundays between 12pm-4pm (K-2nd games will be between 2pm-4pm) - Teams will be assigned a one hour game each week.

Note: League does NOT include practices, if you would like practices and games, it is suggested to register for Junior Club or Year Round Elite Club.

Includes: One hour of a fun learn to play field hockey practice and a Gateway t-shirt.

Open to: Current JK, PK, K (Kindergarteners can do Mini-Sticks or League)

Times: Sundays between 2pm-4pm (Mini-Sticks will be one hour at 2pm or 3pm)

Note: If you are someone who participates in all seasons of Junior Club, it is suggested that you register for Elite Year Round Club as it includes one summer camp and is discounted for the entire year.

Note: Academy does NOT include games, if you would like practices and games, it is suggested to register for Junior Club or Year Round Elite Club. 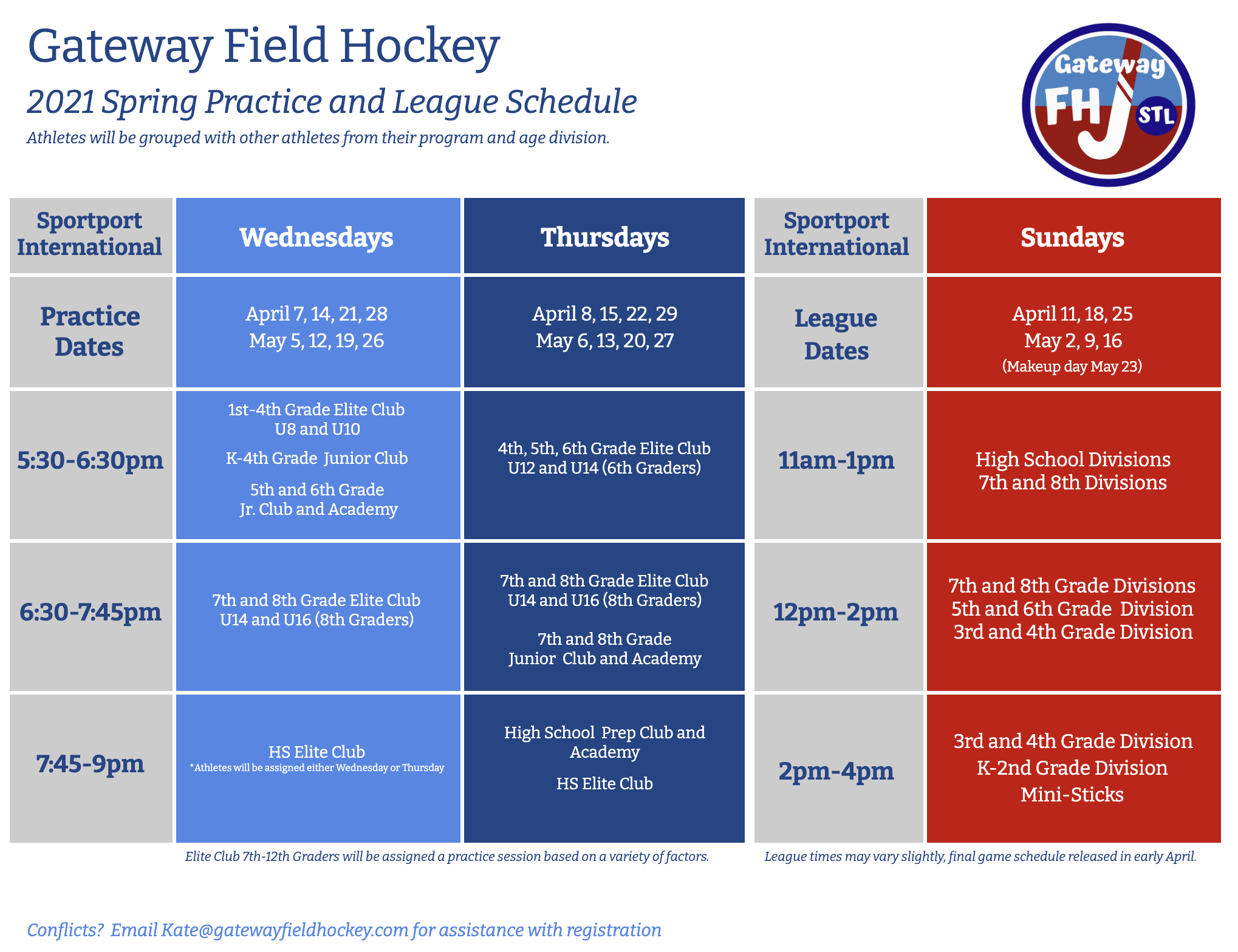